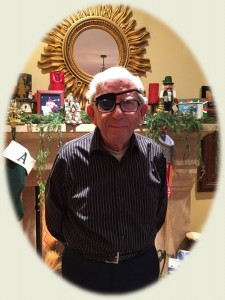 Jerry Boyle was born August 24, 1930, in San Francisco.  He is the son on Irish immigrants Annie and Charlie, who were both natives of Donegal, Ireland.  Jerry grew up in the heart of the Irish community where he was introduced to Irish culture, traditions, and history.  He learned to play accordion and whistle from him talented parents who were members of the band that played for all the dances at the K.R.B.

Jerry has been married to Bridget McTeague for 61 years.  She is a native of Killeybegs, Ireland.  They met at the Knights of the Red Branch Hall, as many Irish did, and made a home in the Sunset.  They have five children, 15 grandchildren, and two great grandchildren.  They are active in St. Gabriel’s Parish and have served this parish for many years in various committees and events.

Jerry has been a champion of all things Irish throughout the years.  His support and dedication to activities at the K.R.B. hall have included cultural events, benefits, dances, historical functions, and a promotion of a strong and united Ireland.  As a member of the K.R.B. for over 60 years and an officer in various capacities for 30 years, Jerry has worked diligently for the unification of Ireland.  Only recently, the K.R.B. sponsored a two-year study on the first ever economic investigation entitled modeling Irish Unification.  This study advocates the possible effect on the economies of Northern Ireland and the Republic of Ireland as a result of unification.

Jerry has also been a member of Comhaltas Ceoltoiri Eireann for many years and has supported their scholarship program, which is dedicated to teaching young children Irish Traditional music.  He is also delighted that his two daughters teach Irish Step Dancing at the Dillon Magh Adhair Academy, thus continuing to carry on traditional Irish dance to future generations.

Jerry is proud of what the Irish have accomplished here in America, starting with the War for Independence to the present day and their building of this great nation.  He is also honored to be Grand Marshal of the 2016 St. Patrick’s Day Parade in this very special 100th anniversary of the Easter Rising in Ireland.

On this 100th anniversary, the men and women of the 1916 Easter Rising will be celebrated by naming the signatories of the Proclamation as Honorary Grand Marshals: Padraig Pearse, James Connolly, Thomas Clarke, Thomas McDonagh, Sean McDermott, Joseph Plunkett and Eamonn Ceant. 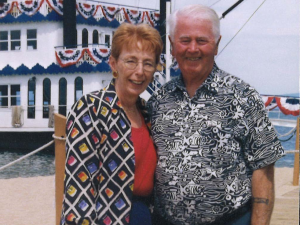 The children of Irish immigrants, Ed & Maggie McGovern, were proud of their Irish heritage. Ed’s father, Ed McGovern, hailed from County Down and his mother, Lily McGovern, from County Armagh; and, Maggie’s father, John Whooley, was from County Cork and her mother, Peggy Whooley, from County Kerry. They were founding members of the Irish Cultural Center and very active in Catholic charitable organizations – St. Vincent de Paul Society, the Archbishop’s Ring of Charity, Catholic Charities of San Francisco, and Knights of the Holy Sepulcher.  Ed was a member of the Pearse & Connolly Fife & Drum Band

In the 1960’s, Ed & Maggie founded Knights Restaurant and Catering. They hosted many Irish Americans during St. Patrick’s Day Parades. They catered weddings, receptions and even funerals of Irish families over their 40 years in business playing a significant role in the community.

On behalf of the late Michael Durkan, his family would like to thank The United Irish Societies for honoring him in the 165th St. Patrick’s Day Parade.

A native of Killasser, Swinford, County Mayo and a San Francisco resident for 39 years, Mike quickly became a friendly face around the Irish community. He was first and foremost, a family man. Never losing touch with his roots, he kept close connections with home while building his life in San Francisco. He served as the Vice-President of the Connaught Club, and was a strong supporter of the Irish building industry.

At the United Irish Cultural Center, Mike often graced the stage of a dinner dance for a song or could be spotted cheering on Mayo in their quest for Sam. His love for all things Irish was hard to miss, and his generous, smiling nature was the foundation for his many loyal relationships here and at home.

Mike passed away suddenly on January 23rd, 2015. The outpouring of love and support from the Irish community has been tremendous and it continues today with this gracious tribute.