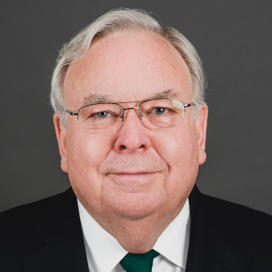 William John Welch “Bill,” was born June 6, 1941 in San Francisco, the third and youngest child of Mary Letitia Duggan Welch and John Welch. His parents moved a few times, so Bill attended St Emydius, Star of the Sea, and Mission Dolores grammar schools. While attending the old Lowell High School he worked at the San Francisco Archdiocese Newspaper The Monitor and in 1958 Msgr. Tappey put him to work on the campaign against Proposition 16 which would have taxed religious school properties if it had passed. After the successful political campaign Bill tried selling cars but quit after a week because “I wasn’t raised right to be a car salesman.” John Crowley referred him to Carpenter’s Union local 2164. He was a carpenter on San Damiano Retreat House in Danville, and in San Francisco he helped build Cathedral Parish School, St. Peter’s School and Convent, Apostleship of the Sea, and St Edward’s Church and Rectory. He was with the first ten carpenters to be hired to build Letterman Army Hospital in the Presidio which grew to over eighty carpenters and he quit to help his mother in the funeral business.

His grandfather, William Duggan, an immigrant from Co. Tipperary, had founded a funeral business in San Francisco in 1918 and his mother had taken over the family business. Now, in its 100th year of service to San Francisco, Duggan’s Funeral Service – The Duggan Welch Family 3434 17th Street is the most requested San Francisco funeral director.

Bill has spent his life in service to others, while answering the phone 24 hours a day for decades to assist people during their worst moments, he volunteered as financial secretary for the Hibernian Newman Club for a dozen years and served as its President, being named Irishman of the Year in 1983, he also has been the president of Mission Lions Club, Footprinters, and St. Philip’s Parish Council. He has served his professional community as a Northern California Board Member of the California Funeral Directors Association and is currently a member of the Board of Directors of Centro Latino. He is married to Betty, a member of LAOH, his son Steven and daughters Lynda Doyle, Kristen Fiorica and Carolyn Welch are all active in their communities and proud of their Irish heritage. His granddaughter Eileen Welch volunteers on the Rose of Tralee committee. 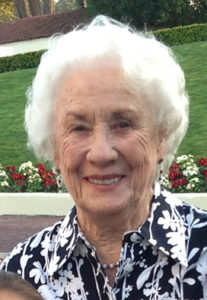 Agnes Breen was born in Toneyglaskin, Tempo, County Fermanagh, in Northern Ireland on September 5, 1925, and grew up on a small farm with two sisters and two brothers.

Agnes met and married Frank Fee in 1953 and set off to America in 1957 to start a new life. After a brief stay in New York, Agnes and Frank settled in San Francisco in 1958 and raised two children, Philip (SFPD) and Eileen (RN).

Agnes loved San Francisco, the dances at the KRB and the many lifelong friendships that were formed. Some of her favorite things were the Thursday night dinners with the Ulster Club at the UICC, Irish picnics at Morton’s, marching in the St. Patrick’s Parade where she organized the Ulster flags for 38 years.
Agnes was an active member of the Irish community. A 50-year member of St. Gabriel’s Parish, who enjoyed walking to mass most mornings. She volunteered for the Irish Pastoral Center and worked & played at St. Ignatius Bingo for 30 years. A proud member of the United Irish Cultural Center, United Irish Societies, Knights of the Red Branch, Legion of Mary, and Ulster Club where she was in charge of Membership and served as Treasurer for many years.

Always strong and rarely wrong, Agnes was always loyal and caring to her family, friends, and Irish community.

Karen Ann Fitzgerald was born on September 21, 1965 in San Francisco to Davey and Maureen Fitzgerald. Karen attended Holy Name Grammar School and Presentation High School. She was a lifelong resident of the Sunset District. Karen loved to sit at Ocean Beach and watch the sunset. She would walk her beloved dog, Belle along Sunset Boulevard and into Golden Gate Park.

Karen was very proud of her Irish heritage and always rooted for Cork and Galway. She enjoyed participating in the United Irish Cultural Center’s 32/50 drawings.  The highlight of her youth was spending time with her dad and brother John enjoying Shirley Temples at the bar with extra cherries given by bartender, Neal Kelly.

Karen suffered from many medical challenges, including multiple sclerosis. She faced these many obstacles with strength and bravery. She was an inspiration to all of us. She is deeply missed and loved by her family and friends.

John Hickey was born in Doon, Kiskeam , County Cork, Ireland in November 1934. He was youngest boy of six born to Julianne and Cornelius Hickey. Like many of his friends and  relatives, he left Ireland at eighteen in search of work; after residing in Toronto and New York he finally settled down in San Francisco. He joined the Carpenters/Contractors Union Local22 and never looked back. Today you can see many of the buildings in the Bay Area that he helped construct including Duggan’s the Mausoleum at Holy Cross and his own home in Brisbane.
He was an active member of Rebel Cork Benevolent Society and the Eagles Lodge 3255.

John’s heritage was an important part of his life, he would have made a wonderful genealogist. He had an uncanny ability to remember everyone’s name, where they came from, their family and How they were related; he could tell you a person’s lineage going back generations. He was truly Interested in people and was able to connect with a diverse group. Young or old, that story was always important to John.